When I looked at the pictures of Week 20 of my 365 Photo Project, I was trying to come up with a theme for the shots.  Many are autumn style shots, but I noticed a great deal of blue and gray.

The first shot of the week was taken backstage at the Alaska Center for the Performing Arts.  Shrek had just loaded into the building, and these were the company’s traveling cases stacked in a hall.  The show loaded out of four 53-foot trailers.  Earlier, I posted about a series of shots taken by the Alaska Dailly News. The backstage of the PAC is very gray, as you can see.

The rain came back after the snow.  We really had a terrible summer and fall in Alaska.  Because daylight shooting hours have reduced so much, I am much more aware of taking shots when I can get them.  I’ve learned that waiting until the end of the day really limits what I want to do.  And for whatever reason, I’m trying not to use my flash.  So this was a rainy day shot from my office window. It was an incredibly gray day, as you can see. 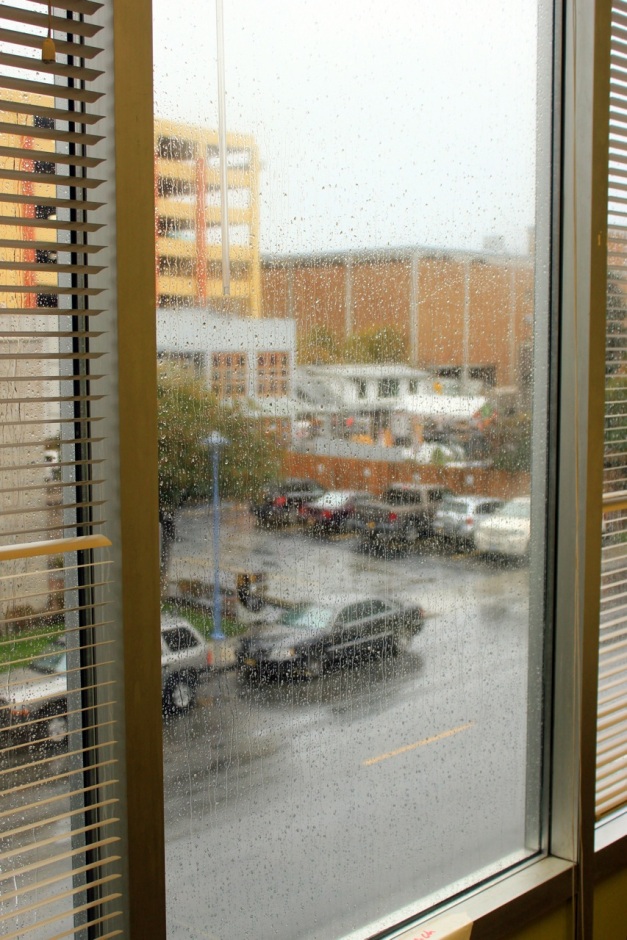 This next shot is what I mean about diminished light.  This was only taken about 8:00 or so.  I was a little desperate this night, and this was what I got after having dinner out. I was hoping for more color in the sky, but I got mostly blues and grays.

I didn’t intentionally do two flags on back to back days.  It just worked out. On the way to coffee the next morning I was taken with the color of the Alaska flag in the lights.  The blue was beautiful.  I like the three blues of the sky, the reflection in the windows, and the flag. 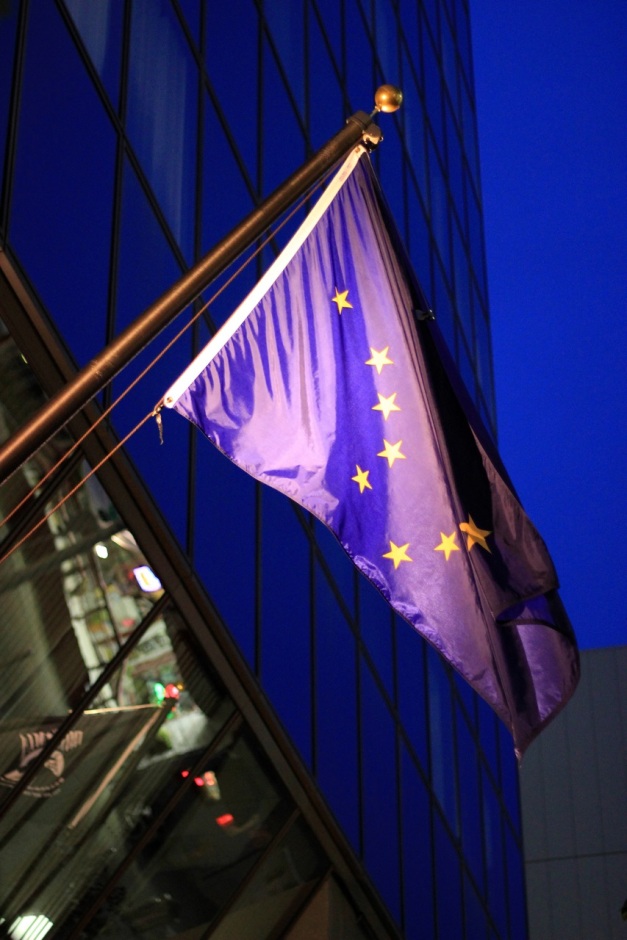 Saturday was yet another gray day in Anchorage.  I did a morning workout and then walked around the streets of downtown Anchorage looking for some fun shots.  We’d had some rain and so I saw all these leaves on the sidewalks and they looked like they were running paint lines.  I really thought it was cool.  I like the color popping on the gray sidewalk.  I tried this in black and white, but the color version was much better.

Sunday saw us doing our usual routine at the coffee shop.  While this isn’t wildly blue or gray, he is wearing blue jeans and a gray top.  I was working with long exposures.  I ended up taking a bunch of shots with the focus point being the coffee cup and the motion all around.  I think that might be a fun project.

Finally, there was the gray shot of Monday.  This was an end of the day shot where I was desperate.  That tree has been shot earlier in the project.  I did like the bare contrast of the branches against the gray sky.

Like I said, blue and gray for a week.