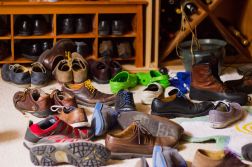 As we headed into week 44, everyone here in Anchorage, Alaska thought we were getting a reprieve from winter.

This was not the case at all. We had a ton of snow that we were not expecting.  For goodness sake, it was officially spring this week!

But the sun kept coming back reminding us, in fact, it would warm up eventually.  Just not as fast as we wanted.  It does occur to me, that most of us living in Anchorage or Alaska for that matter, choose to live here. We choose this.  And each spring, as the cold temps and snow keep on coming on, we ask ourselves, “Why do we choose this?”

I continued shooting in RAW mode.  There is a little more work involved in the post processing, but the results are 100% better. If you’ve not tried this with your DSLR, I highly encourage it.

I know the point of the 365 Photo Project is to choose ONE picture for the day. I was more indulgent this week and kept more than one shot on a couple of days.  Like on Tuesday for instance.

These two shots were captured late in the day.  The first was an abstract attempt at capturing the sunset.  I like the little birch branches and the color from the setting sun behind. 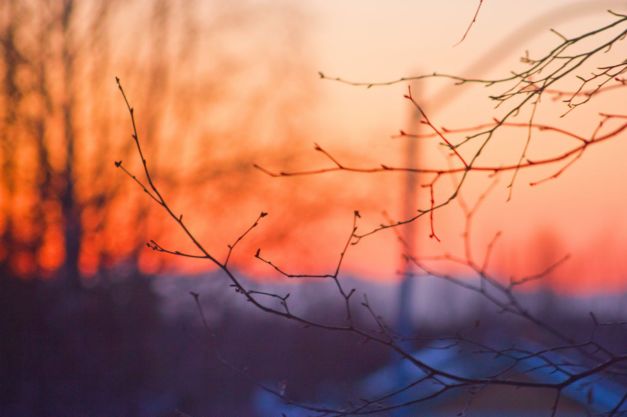 I also like the colors of this time of year.  The stark cool blues right up close to the warm reds, oranges, and pinks.

The next shot is of the same sunset, but zoomed out and less abstract. 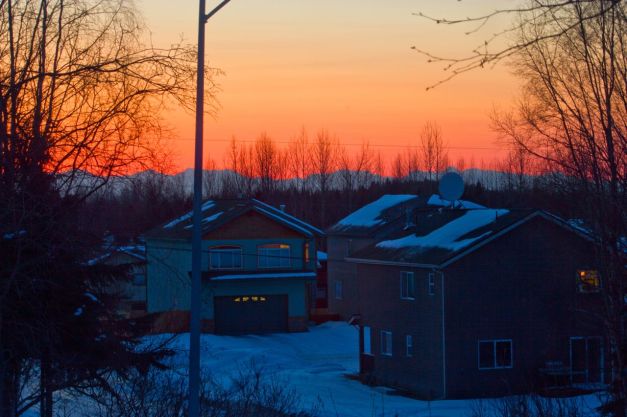 Again, the colors are stunning.  And little by longer the days are getting longer.  This picture was taken 10 minutes later than the one last week.

The next day, as I was coming home from a late board meeting, I got the sun as it was going down.

The green house on the left is the same one from the picture above to give you an idea of how close I am to the same area.  This road is just to the north of my living room.

Clear skies gave way to some clouds.  Some friends who live on the water of Cook Inlet invited us to dinner to see the spectacular sunset from their house.  But the clouds kept us from seeing that.  Still the light was wonderful this day. 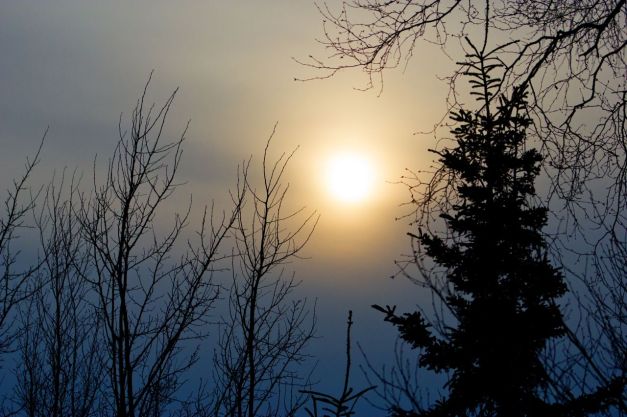 I like the palette of the colors and silhouettes of the trees.  I like the simplicity of this shot a lot.

On Friday, I got a shot of more melting snow. 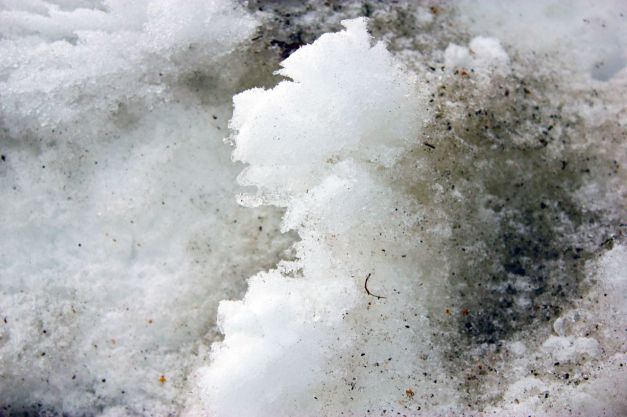 I was more interested on a detail level and getting close up on the way the snow looks as it melts.  Not my best or most interesting shot, but there is nice contrast in the show and dirt and melt.

We did seriously think we were out of the heavy snow season, but we got a dumping on March 23.  I went for a walk to practice shooting in the snow.  I need to make a separate entry for those shots.  Here are three I liked from my walk that Saturday.

I like the composition of this shot with the green trees framing the journey of the skier in the snow.

I like the foreground grass with the open background all the way to the trees.

Finally, I like the color of the yellow car on the white snow.  I did photoshop this one a bit to get the car to pop.

On Sunday, I discovered we have a lot of shoes and documented this fact.

As I was sitting on our couch I looked out at our bonus room and loved the way the diffused light was hitting the shoes. Soft shadows and well lit shoes.  It’s chaos in the shoe room.  We need some help. And the crocks were a gift from my staff as a joke.  I take exception to people wearing crocks in public.  And pleated pants.  Both big fashion no-nos. I only wear the crocks with a blistering sense of irony and around the house.

And on Monday, we had ANOTHER big dump of snow. 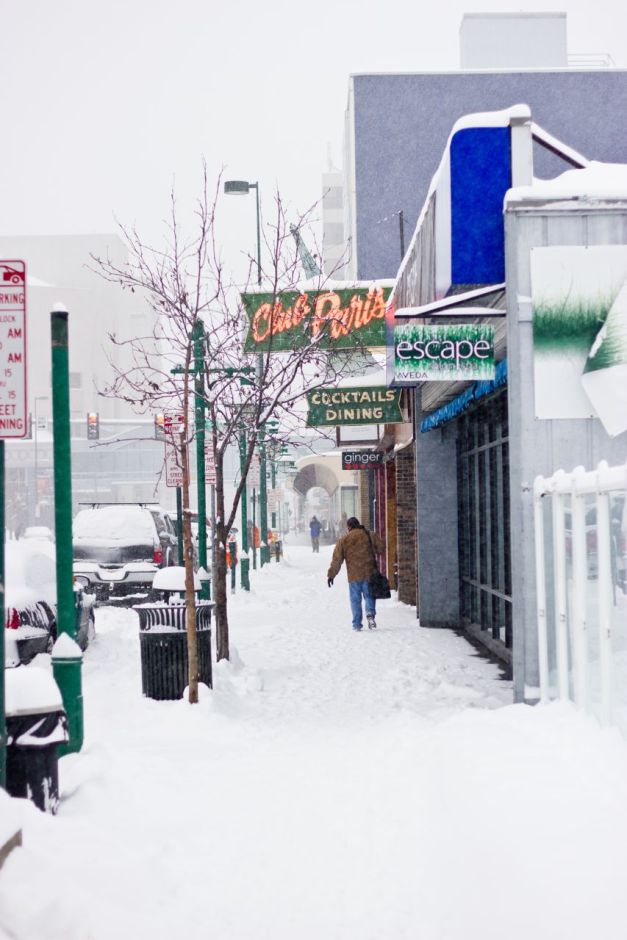 Here again I like the white of the snow and the colors popping out of the signs on the street.  This is Fifth Avenue in Anchorage.

And this is Sixth Avenue.  Look at all that snow.

Was it snowing well into Spring where you lived?  Did you take snow pictures this season? 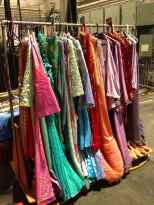 Week 41 of the 365 Photo project saw more snow come to town just in time for the Iditarod.  It also saw the opening the our presentation of the Broadway hit show Dreamgirls.

It was also the week I started shooting RAW format images.

I didn’t start the week with this in mind, it just ended up that way.  More on this later.

The week begins with a backstage shot of a dressing rack for costumes on the production of Dreamgirls.

I got this with my iPhone 4S while checking out the crew after the show.  The show was stunning.  It is really one of the most powerful Broadway shows I’ve ever seen.

Wednesday I got a picture of our Christmas Cactus. 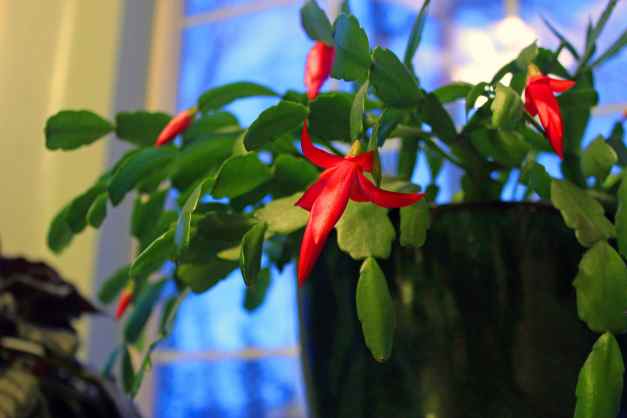 The next image is of the parking fairy artwork at the downtown Anchorage parking garage.

I like the way she is backlit at night.

The first of March saw fresh snow, again.  I decided to go for a walk to get some images so I wouldn’t be forced to get stuff from around the house.  I got some fun shots.

There is nothing quite like fresh snow.  The world is so quiet and white.  There was almost no texture to the show, just a sheet of white as far as the eye could see.  This is in the park behind our house.  I love the little enclosure that shields the picnic benches. I’ve shot this from multiple angles now.

On Saturday, we went down to observe the finish of the Ceremonial Start of the Iditarod.  I made an earlier post with some images. One of my favorite images was of the dogs when they were done. 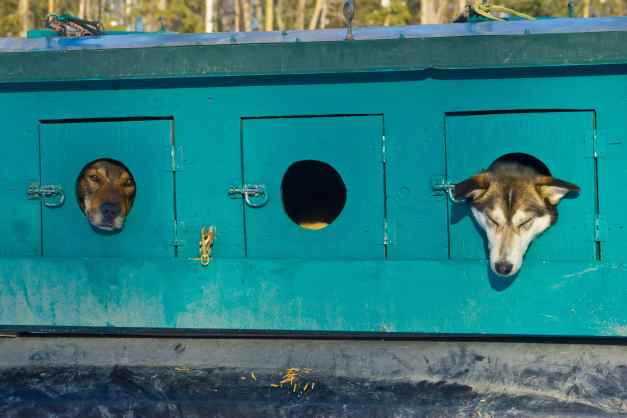 I like the interplay of the sleeping dog with the alert dog on the left.  These dogs work hard and love to do what they do.

We like to make good food on Sundays when we can.  We tried a new recipe on this night, a quick cooking Coq au Vin.

I realize I’ve taken quite a few Sunday dinner images.  But I do love to eat.  The recipe came from Cooks Illustrated and was wonderful.  First time eating Coq au Vin.

Finally, I got this image of our Turtle Lamp to complete the week. 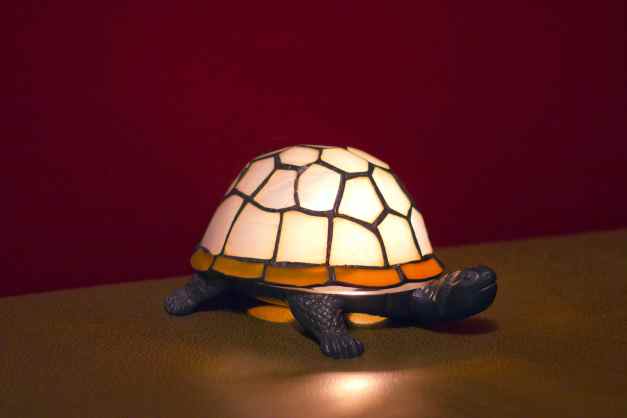 As I stated at the start this is the week I started working in the RAW format.  For some reason, while shooting the Iditarod I switched over to experiment with RAW.  And I like where it is taking me.  Photoshop Elements has a serviceable RAW set of tools.  I’m still learning, but the investment has been worth some great images. I like the flexibility with the photoshopping.  In particular, being able to adjust the white balance is huge!

If you have feedback on the image processing, I would love to hear.

The Iditarod started today in Anchorage.  Well sort of.

The weather was gorgeous and warm today.  I got lots of nice pictures of the dogs and mushers.

This is one of my favorites. 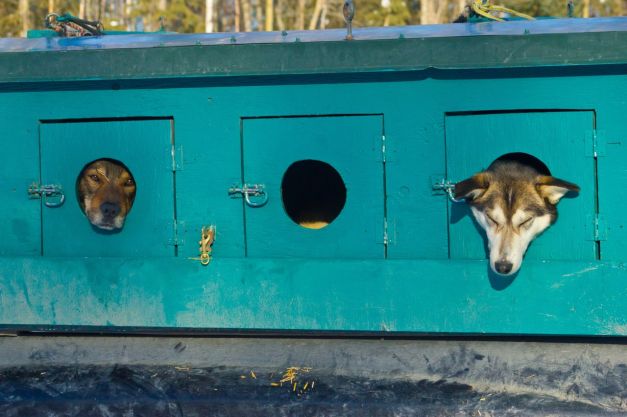 For the first time ever, I shot entirely in RAW mode.  And I have to say, I LOVE it!  It was so much fun to work with the images in Photoshop Elements. I don’t know what has taken me so long to make the switch.  I will need a larger hard drive, I imagine.

The Iditarod is a 1,000 mile dog sled race from Anchorage to Nome.  It takes the mushers about 10 days to get there from here.  It’s quite a contest and  quite impressive to see.

Below is a gallery with the images of the day. 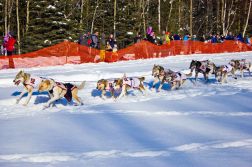 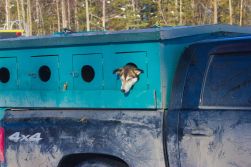 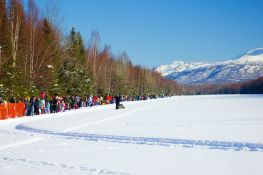 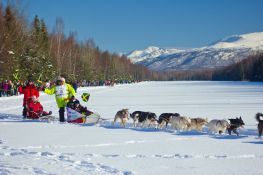 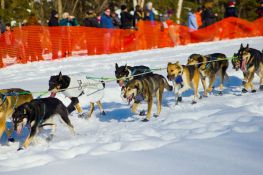 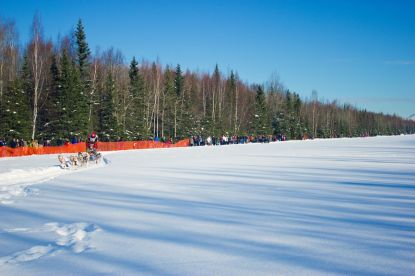 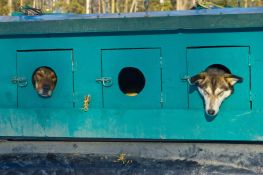 Up Close and Personal continued…

Without actually intending to, I did a second weekend with my new Canon 50mm lens.  Since I didn’t get away from Anchorage again for a second week, I was forced to be more creative and get off my usual beaten daily paths.  When I work (my job), it seems like my usual mode is to wait until after work to find a shot.  This isn’t good, as I am usually tired and not feeling like being creative. The couch, a glass of wine, and an episode of Modern Family call. In these weeks I force myself to carry my camera everywhere.

Tuesday’s shot was at the Brown Bag Sandwich Shop.  I was taken with the fun beer taps that were on display.  It was a rough day at work, and I could have used a beer too!

On Wednesday morning I had to stop to get gas on the way to work.  As we move into August, the sun is coming up later and so I’ve been able to capture some early morning light on my way to work (As I write this now on September 15, it is now more or less dark when I go to work in the morning).  I was trying to capture the motion of the cars, and then I noticed the “One Way” sign and thought it was funny. 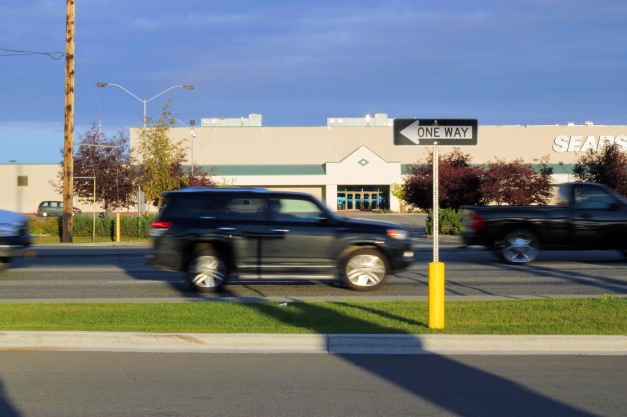 As I said when I started, being creative some days is challenging, hence the picture of my mailbox. The 50mm lens is great for getting the narrow depth of field, so I was going for the clear mailbox and a out of focus Stop sign.  I’m glad for the commitment of the 365 Photo Project, but some days are more creative than others.

The Self Portrait of me was taken at Campobello Bistro.  The 50mm lens was great to get the low light condition.  I hid the camera from the mirror by getting it down low.  Not a good angle for me.  It was also a RAW shot, so I had to do some post processing. 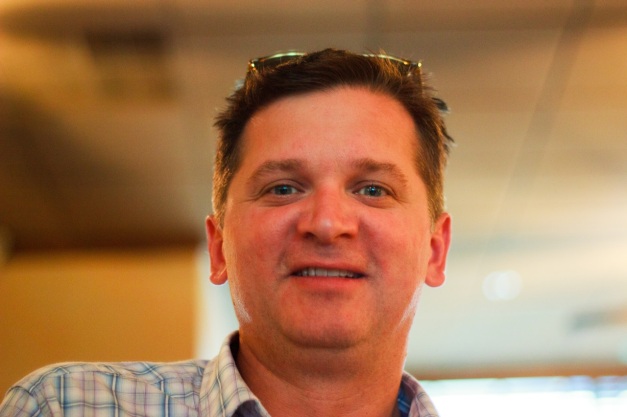 Saturday was another more mundane shot around the house.  We have some boas in our bedroom for reasons I can’t entirely remember.  I keep thinking I want to do a mirror challenge with the three recent mirror shots I’ve taken. A week of mirrors might be fun. I liked the sharp focus in the mirror. 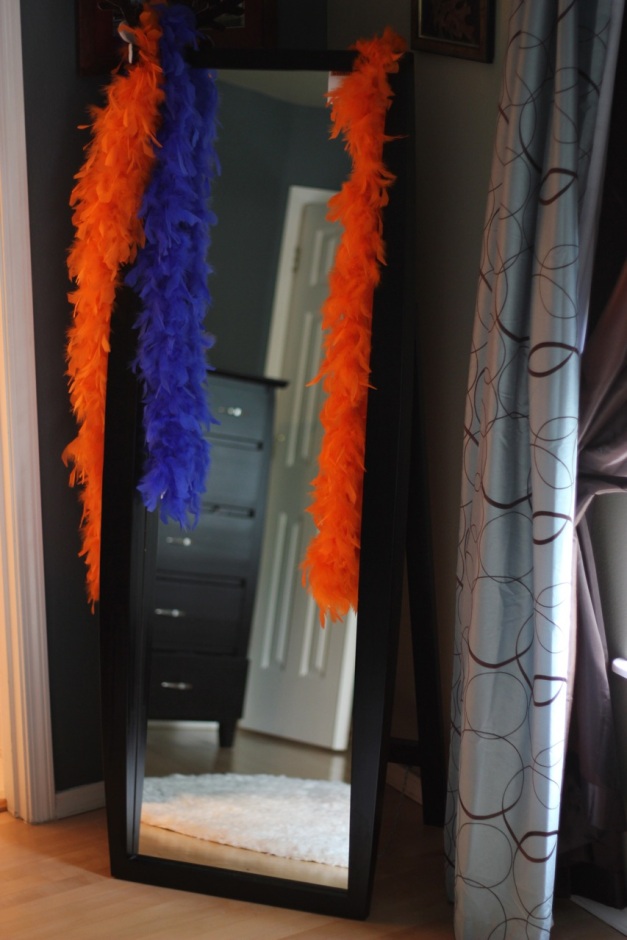 Sunday’s shot has become one of my favorites.  This was taken at a family dinner and represents the youngest and oldest in the family–Great Grandma Jeanette and Little Chloe.  I love the look on Great Grandma’s face.

As I said earlier, with the progression of summer the light is changing quickly in Alaska.  As the light is getting later in the morning, it is getting earlier in the evening, so getting some nice sunset shots in more reasonable hours (ie NOT around 11:30 P.M.) is much easier. 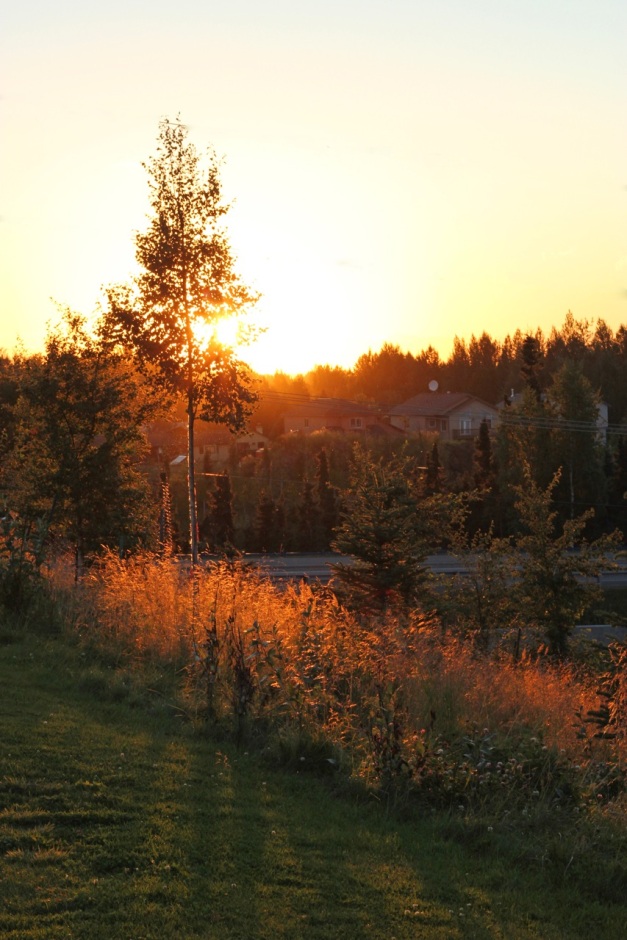 When doing a project, how do you keep the creativity flowing?  Also, I would love some ideas for weekly themes and challenges.